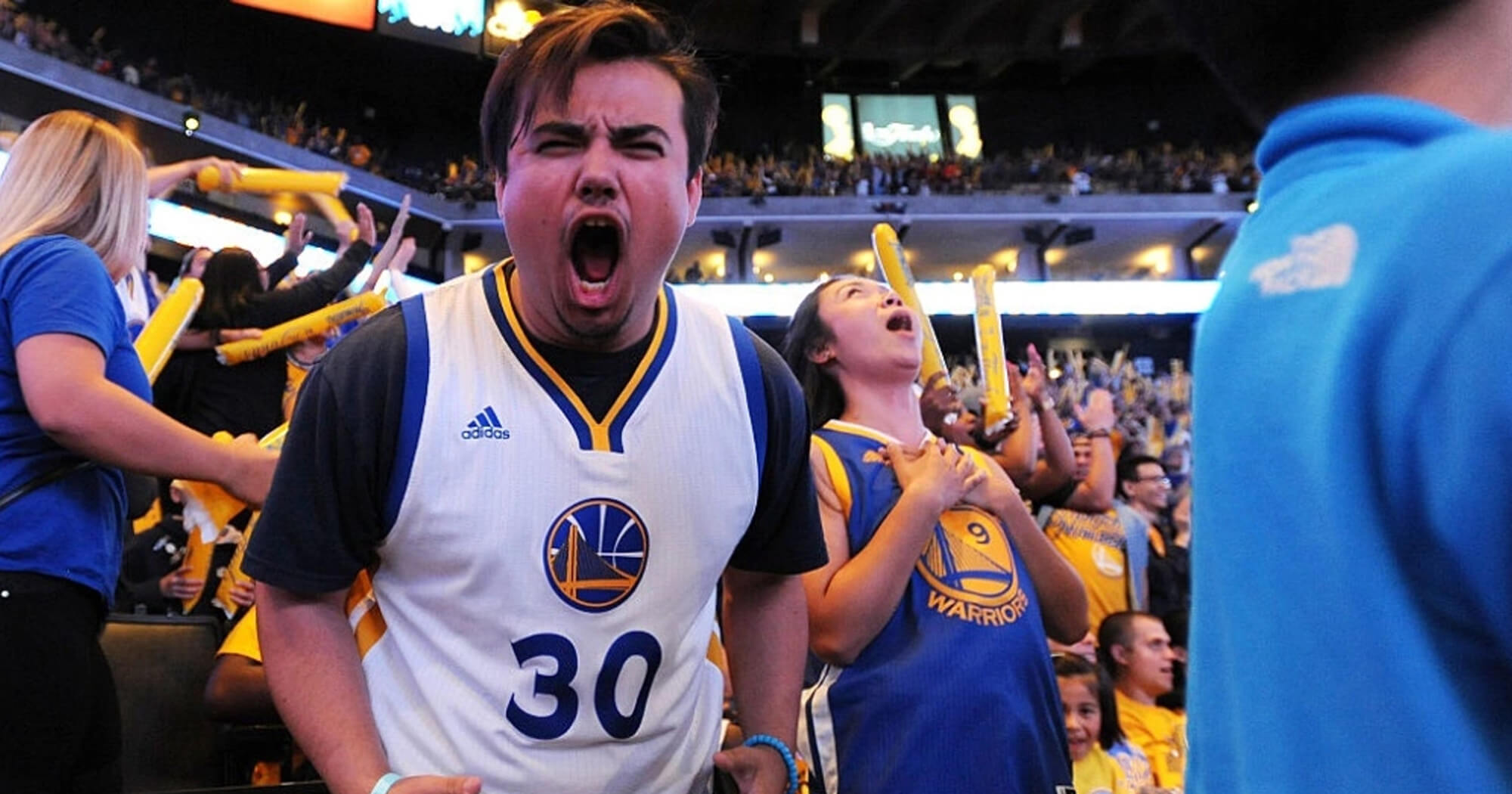 On Saturday, Oracle Arena turned into an immersive digital landscape during halftime of the Golden State Warriors vs. San Antonio Spurs game.

Basketball fans were brought to the edge of their seat as the lights dimmed and a video projection was advertised on the middle of the court for the video game God of War. A special tarp allowed projection mapping as the jumbotron and basketball court seamlessly worked together to suck the audience in.

Based loosely on Norse mythology, the “War on the Floor” experience began with the game’s father and son duo, Kratos and Atreus, hiking through the frozen tundra.

As the story unfolds, Kratos and Atreus make their way through the foreign world and battle monstrous entities to the death.

See the how it looked in the arena here:

We’re starting to see incredible technology incorporated into arenas around the world, like Intel’s True View technology – over 30 5K cameras work harmoniously together to render spectacular 3D and 360 degree replays of the game.

Technology in sports is getting incredible, and PlayStation has done something entirely new and unique.

They worked on the project with BBH and projection company Quince Imaging as well as game developer Santa Monica Studio and post-production company Platige Image.

Together, they created an entirely immersive marketing experience, one where NBA fans could hardly tell it was an ad until the end. And fans of all ages, even those who don’t play video games, were loving every minute of it. The crowd cheered and applauded throughout, and it’s safe to say that a majority of the people in the arena had never heard of God of War before.

The experience alone was enough to keep fans Snapchatting and ‘gramming the whole show.

“Gaming is an immersive experience. You can communicate the story, or functional things around gaming. But to be able to have the experience be a little more forward, where people can experience it together, that’s what was driving this,” Gerard Caputo told AdFreak.

As eSports and competitive gaming emerges into a massive industry of it’s own, we’ll start to see a lot more crossover coverage and advertising for video games in sports.